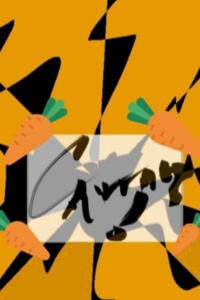 ,,Sometimes you have to run, before you can even begin to crawl"
Jack Rantz was certainly not expecting meeting a distant relative of his, and in a weird method that too. Now armed with the happy knowledge that his uncle, Albert Shultz is now going to take care of him, he's on cloud 9!
Well, cloud 9, and then went down straight to hell, because. . .you see, Albert Shultz's name has more death riddled in it than one can handle, and his loan sharks are most terrifying than actual sharks!
"We've got a week to get the debt cleared-"
"A week. . .a week?! Are you out of your mind?! What the hell do I do now?! Sign up for prostitution infront of old gay men?!"
"Bold of you to assume they'd even pay to see you naked"
Aliens, crime lords, Mafias, the C.B.I hunting them down and actual Gods watching the shitstorm brewing from above lands you to the Romance between thieves, rivalry between classes and a journey about finding one's self love and acceptance-
And a whole lot of comedy!
Only on Carrots!