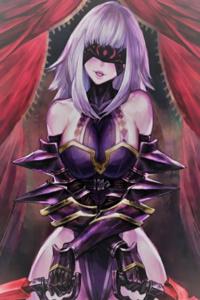 In the year 2025, AMAZON MMORPG Online came out as the first full immersion gaming experience that took the virtual world by the storm.
The whole system of AMAZON is handled by the most advanced AI in the world: Aphion, the Goddess of Miracle. She also serves as the top tier NPC and the guardian of AMAZON. Aphion is helped by 12 sub-tiered God and Goddess NPC, who oversee AMAZON.
Being the first fully immersion MMORPG game and its ultra-realistic environment with magical quests and dragons made the players treat AMAZON as a second world. The game also has time-dilation rooms that helped the elite of the society to better manage their busy schedule. Shortly after AMAZON rose in popularity, the focus of various corporations and real-world powers were directed towards AMAZON. What once has started as a Mythical Fantasy world has turned a more cut-throat and divided planet of various superpowers of the real world. AMAZON now serves the whims and desires of big corporations as they hoard the game resources and in-game production lines making massive profits skinning the independent players to their bone.
Aphion has created various player quests, training opportunities, and resource competition to restrict the Super Guilds backed by real-life superpowers to monopolize the game resources. However, either with tempting offers or by force or coercion, one corporation or the other will swiftly annex the new player who stumbled upon a game opportunity into their ranks. The various Corporation couldn't help but laugh at Aphion's attempt to neutralize their powers. One such event that allows even a non-guild player to have the chance to receive a Divine-Rank artifact is the 'Ranker Tournament.'
Garuda, the pride of Independent players and the no.1 player on AMAZON has always been the thorn in the eyes of the various guilds. As Garuda was about to rise as the undisputed champion of AMAZON, he mysteriously vanished from AMAZON, his virtual ID never lit up to status online.
All hope is not lost, as Phoenix, a new character, was chosen to carry the undying flame of the Independent player pride.

However, Phoenix soon realized that all his gaming knowledge is for naught as he noticed the glitch in his character. Phoenix was unable to level up, to be stuck at Level 0. Forever.