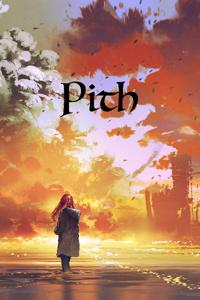 All humans possess a Pith, the essence of a mind where consciousness, reason, and emotion reside. Those who study its power can control their surroundings, move from body to body, and alter the very fabric of another’s thoughts.
On the continents of the Eight Oceans, the magicians wielding this energy formed secret societies, ruling nations from the shadows. Ten years ago, the public exposed them, plunging the world into chaos.
In the industrial empire of the Principality, Anabelle Gage has dreamt about Paragon Academy for as long as she can remember. An exclusive magic school, that can hone her abilities and cure her terminal illness.
And then they reject her.
She has one shot at saving her life: Enter the city’s cutthroat underworld, and make enough money to buy a new body. By any means necessary.
Ana forms a band of desperate exiles: A banished noble with dimension-warping power, a mind-reading mercenary, and a twenty-year-old bombmaker in an eighty-year-old body.
Together, they will uncover the secrets of this world. The true face of Paragon Academy. The drowned ruins of an ancient utopia. And the ocean, slowly rising, swallowing the planet beneath the waves.

Updates one chapter a day, until it catches up to the original site, here, which posts once a week on Mondays.
Warning: This story contains mature, potentially traumatizing content. Violence, mind control, genocide, bigotry, body horror, self-harm, suicide, addiction, existential horror, and more. Read at your own risk.
Note: As a heads up, this story also includes LGBT content.
Cover art by Tithi Luadthong