The Mission: A Druid's Tale 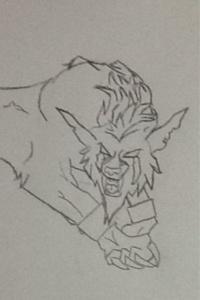 Fanfiction based on the World of Warcraft Universe. A night elf is sent as an ambassador into the heart of Orgrimmar on an important mission to find Thrall, a great Shaman. Before she can find the shaman, however, her identity is discovered by a Horde assassin and she is captured by Acting Warchief Garrosh Hellscream before she can complete her mission. Now, it's a race against time as the elf's friends and colleagues form a plan to try and rescue her from the belly of the beast. Will the night elf's friends be able to free her from the depths of the dungeons of one of the most savage cities on Azeroth?