LitRPG - The Bastard Prince (Path of the Dragon Mage) 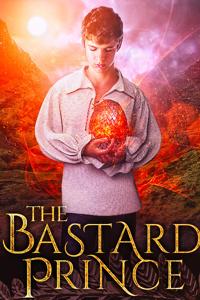 (LitRPG/GameLit) Daily Update!
Born magically talentless, Prince Corvus is an embarrassment the royal family and is removed from succession. However, he still has a chance to win back his throne. The next man or woman to hatch a dragon automatically becomes the ruler. Each member of the royal family is gifted with a dragon egg, but it is the work of a lifetime to hatch it.
The first time Corvus touches his dragon egg, he receives an odd notification: He has found a soulbound item and is tasked with an epic quest to hatch it... but only if he can walk the winding path of the dragon mage.
Armed with notifcations, skill increases, and levels only he can see, Corvus is determined to hatch his dragon.