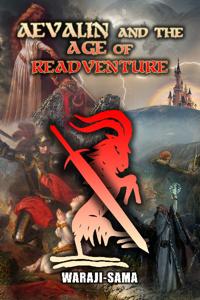 Klause Schuar, the Grand Bastard who destroyed the world in his pursuit of magical power, believed to be a only legend by some, is a memory and a horror of the distance past. Though seven-hundred years after the Age of Darkness, the world is birthing itself anew—the roads have opened and the festering plague that extinguished entire nations is no more. Now the newly formed guilds are active. Where monster hunting and dungeon diving are lucrative trades, long dead kingdoms are being rebuilt in this glorious age of rediscovery—The Age of Readventure!