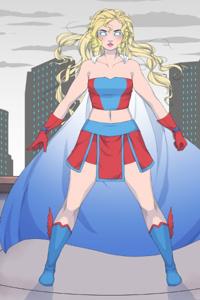 When superpowers appeared, the only reason civilization did not collapse was a century of comic books and movies making the new reality familiar and even welcome. When threats out of fantasy and science fiction became truth, people with powers rose up to the challenge because it was both a dream come true and the culturally acceptable thing to do. But not all is well in the new world. Monsters, power-related accidents and villains are on the rise. Governments, companies and opportunists are not staying idle.
In this slowly darkening New Age, Valley Grant just discovered she has powers. Joining the ranks of heroes is the next step, right? What do you mean she's not qualified? Why won't hero teams let her join and why are superhero costumes more expensive than cars?! And above all else, why do cape fights keep ruining her make-up?