Legends of Gods. Tale of Vjaira. 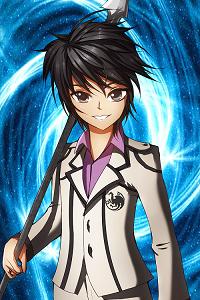 Starlight continent, the world of martial arts and magic. In the far south, in the Sarkcente Kingdom yet another epic adventure is about to begin.

Laien lived a completely normal life as the first child of a meager noble family. When he was seven, his home village got raided by a group of bandits.

Amidst the massacre, Laien’s parents died. Only he and his little sister survived, miraculously rescued by the man called Tei’ru - the leader of the Valius family, one of the three greatest families in the whole Sarkcente Kingdom.

Laien and Siana, two youths with no significant background were adopted by Tei’ru. One could imagine the scandal this decision caused, however Tei’ru didn’t seem to care. He didn’t explain his reasons to anyone either.

For three years, the siblings lived under Tei’ru’s protection. However one day Tei’ru died, leaving them alone in the majorly hostile Valius family.

It was that day when Laien’s story truly began.

Safety measure: the more sexual scenes are kept between '~~~' so feel free to skip them.