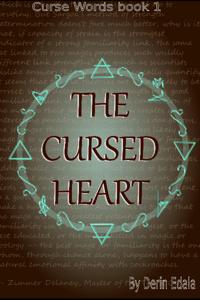 Kayden was six months old when the doctor found the curse in his heart. From then on, his life was a struggle to manage it, to keep it locked away and dormant and above all secret, dreading the day that it would finally break free and wreak havoc. Now he’s fourteen, and that day has come.
Things look bad, but there’s hope — the world’s most prestigious magical school is willing to take him in, keep him safe, and pay his legal fees to avoid bankrupting his family. Most importantly, they can teach him to control his curse, to avoid ever hurting anyone else. It sounds far too good to be true, but what other option does he have?

Kayden quickly finds himself embroiled in a large political game he doesn’t understand. But he’d better learn fast. Because the secrets of his new school run deeper than he ever expected, and his actions have far more dangerous consequences than he could ever have known.

Want to read ahead? Chapters are posted in advance on the Curse Words website.
Our Discord.