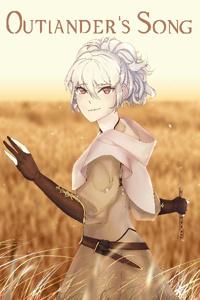 Markus was a simple man, a man who would have been content with a decent paying job, a woman who truly cared for him, and a few hours of downtime every now and again. Unfortunately, life hadn't conformed to his wishes the past few months. He had the decent-paying job, though it left rather too little free time in his opinion, and as for the woman, well, she had decided to leave for "greener pastures," all of which had conspired to put him in a rather foul mood.
This changed when he opened his eyes one morning to find himself in what could only be described as a medieval fantasy setting. Assuming it was a rather convincing lucid dream he found that upon closing his eyes in one he would wake in the other. Content to work during the day and explore the dream world at night he found that he felt happier, more fulfilled here than he did in the waking world. Everything was going smoothly up to the point he found that he could no longer leave the dream world.
Confronted with the only two logical possibilities, that either this was not a dream, or else it was and he was in a coma in the waking world he chose to accept the former, though doubts still lingered. Needing answers he decides to find the one person that might be able to give them to him, a Magus. A mythic figure that may or may not exist that is the holder of all knowledge and magic.
With a clear goal in mind, he sets out to find the Magus and to get his questions answered. Along the way, he meets a great number of people, including Elaisan, a half breed woman who, like all half breeds, is an outcast in both human and Alvaa societies due to her mixed parentage. The two of them decide to travel together, and as they wander together, performing "tales and songs" from his home, both suitably modified for the setting, he finds himself caring more and more for her...