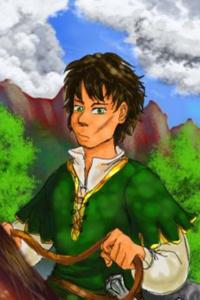 With his father dead and his brother inheriting the earldom, Braydon sets out to inherit the family’s neglected title, Viscount of Cliforge, the only land of the Kingdom on the other side of the Brimstone Mountains.
His new lands are on the border that is held peaceful by an uneasy truce and the same lands that claimed his father’s life on the battlefield.
With no reputation in noble society and no military might to speak of he will be a long way from challenging his brother whose land is some of the most prosperous in the empire, and has the backing of their younger brother, who has the smarts to raise their position even further.
Will he become another casualty to the lands that have already claimed his father, or become something more as he climbs his way to prominence?
At least he can be sure that his brother would never see him rise peacefully, and the neighbouring Grand Duke desires the last territory of the kingdom on the eastern side of the mountains. His position is anything but stable, he will do anything to change that and build his realm.

Chapters are posted every other day at 11am and pm (gmt).Basically just selecting Gore and Traumatising Content to cover myself, profanity is guaranteed though.