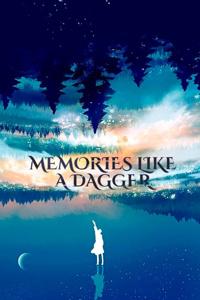 “Hold fast to dreams, for if dreams die, life is like a broken-winged bird that cannot fly.” - Anonymous
...
Kalani’s only unique aspect in life: being pecked daily by his bird, Whistle. Other than that, he was the average nature-loving boy and a mischievous prankster for his family, much to their dismay.
However, the world with its kingdoms and tribes were more than just calm. Dangerous undercurrents were roiling beneath the scenes, sucking in anyone who even touched the surface of it.
And with those dirty hands, ‘they’ snatched everything away from him. No amount of tears could account for his pain while the tragedy lived with him like a shadow, haunting his dreams whenever he would close his eyes as he lay imprisoned underground.
“Perhaps if I had not gone there, perhaps if I had not done that, perhaps... just maybe my parents would still be alive...”
Those thoughts nearly drove him go insane till a ray of sunshine entered his life. Well, not a literal ray of sunshine but one in the form of a naive, optimistic girl.
She wasn’t perfect and frustrated him on many occasions, but the myriad of feelings he kept bottled up inside began to leak, and he couldn’t plug it.
Do I want to risk everything for her? Or do I want to complete my objective...?
…
Update schedule: Wednesday