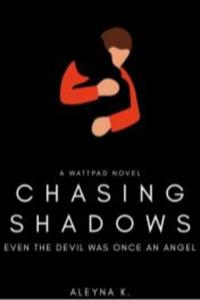 Nineteen-year-old Trevor Jenkins had it all. With his father owning a multi-millionaire business, to his picture perfect family, from the outside, his life seemed to be perfect.
When a freak accident left his mother burn to death in front of him as a child, Trevor was left at the hands of his father. From that moment on, his nights were filled with terror and nightmares, as he so desperately tried to forget the memories that haunted him.
Colliding headfirst into Natalia Winters, her soul and smile lit up the the darkness that surrounded him. Never had he met a girl, whose words were spun with silk, yet eyes that told a thousand untold tales.
But with skeletons in the closet threatened to being revealed, will Trevor be able to confront his past head on? And when he begins trekking down the old, familiar path of self-destruction, can Natalia help shine light on his life before it's too late?
Trevor must face the fact that he's gotten more from his father than his dark eyes and money, before it's too late.