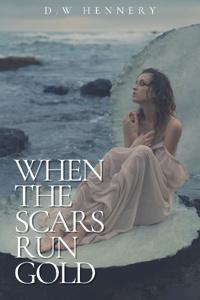 "Scars are the only identification humans have in the hopeless and desolate world that we barely survive in. Our skin was once bare, unscathed by any hardships, and then the Gods barreled their way into our existence and marred our skin with their mark to remind us who we belong to."
Every summer solstice, humans that are eighteen years of age are ripped away from the prison that they have lived their entire lives inside of and thrust into an arena to be sold and mutilated with the scarification that the Grecian Gods thrive to provide. These Immortal monsters that rule this world give the enslaved humans a name that goes with the scars.
Humans were once free, but once Titans usurped Zeus and kicked the Olympians from Mt. Olympus, Earth became their own playing ground. And humans became nothing but property. That is, until there was a human girl with crimson blood and the color given only to the Immortals- Ichor.