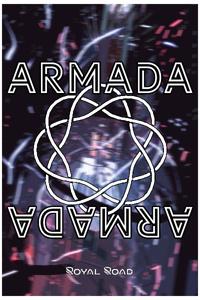 Humanity's fate was forever sealed one hundred years ago, when war ravaged the Earth, reducing cities to rubble, day to night, people to ashes.
I was born in a world that never saw the sun. On a good day, faint rays of light would pierce through the grey layer of soot above our heads, the dark clouds that surrounded us for a century. On any other day, we would stumble through the dark, enduring the cold, searching for each other, avoiding each other.
In a desperate attempt to return the world to what it was before, Dr. Braun and a team of scientists created the Armada, a device that could send a traveler back in time one century, far enough to warn the world of the impending doom. His invention was lost, Dr. Braun himself disappearing twenty years ago, and along with him, all hope for mankind's future. Out of the little that was understood and recovered from his research, the Hypertoroid watches were created; devices that fit on the wrist and are capable of transporting the wearer up to a minute back in time.
My name is Yurie Rylander. One of those Hypertoroid watches rested on my wrist, and the fate of mankind rested on my shoulders.