The Fall of The Gods 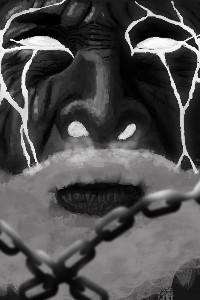 Synopsis:
In the year 1966, an army of Orishas led by Sango stormed Amadioha’s palace and razed it the ground, starting a decades-long war between two of Nigeria’s most powerful divine orders. Blinded by the rage of battle, the gods did not detect the rise of a third power, far greater and deadlier than anything they could have imagined. When gods, on both the Yoruba and Igbo sides, begin falling mysteriously to their death, Sango seeks the help of Odion, a Lagos teenager destined to rise from his dark past to become a hero. But can a human hero save the gods from a doomed fate?

The Fall of the Gods is an action-packed YA fantasy based on the mythical bond that ties human life with the realm of the divine. It demonstrates the power of stories to change our lives. It also reminds us that Sango and Amadioha are not relics of the past and that, sometimes, what it means to be a hero in today’s world is knowing how to find inspiration in the stories of the gods.
PLEASE NOTE: Weekly chapters will be released every friday along with interludes once in a while about Nigerian mythology. I'm a young 17 year old writer and I am new to the site so I will appreciate your comments and reviews. Thank you very much.