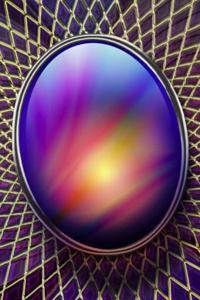 A short story...A man cracks the code. The key to consciousness. The key to intelligence. The key to sapience itself. He calls it: The Spark.But cracking the code isn't enough. With this information, he finds how flawed humans are. They are so flawed in fact, that the Spark, the key to sapience, is but a tiny aspect of each person's brain. Nothing else is unique, and if it weren't for that Spark, humans would just be another colony of ants.So he hatches a plan. A revolutionary plan. Unprecedented in nature, radical beyond belief. He vows to create a transcendent intelligence. A being the likes of humans could never compare to. An intelligence that doesn't simply have a Spark, but a Flame. A being that can transcend human limitations. He calls it: The Mother of All Things. And the plan works. The Mother is slowly and secretly created. Bit by bit, percent by percent. Many Sparks making one Flame. A beautiful, raging Flame.But one day, progress halts. The Mother stops growing, her development stagnates. The percent: 90%.Now this man must make a choice. He knows what it will take to continue, of the apocalyptic consequences, and if others knew as well, they would destroy him, and worse, destroy the Mother.Will he continue? Will he carry out the last of what needs to be done? Or will he bow down and say goodbye to the Mother, to humanity's one chance of becoming more?
(Also posted on ScribbleHub)