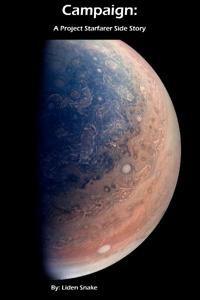 "What will you do with your freedom?"Growing up in a meritocracy, infamous for being lawless, Jordan Astros had been repeatedly asked this question, since times unmemorable.
In a society where one's accomplishments and skills were tallied and ranked in order to determine one's standard of living however, Jordan quickly grew to understand that 'freedom,' was a reward earned by accumulating Merit.
And so, after his 17th birthday, Jordan departed his Clan's habitat in orbit of Europa to embark on his century-long journey to rise from E-Ranker to S-Rank. And spread his name throughout the Galilean Powers.

Notes: Jordan is not a special individual. He's not OP and he likely never will be. He's just a regular citizen in the Galilean Powers and will certainly face as many defeats as he does wins. He'll suffer losses and grow as an individual while the Powers grows around him.
This is hard sci-fi and takes place in a fictional version of our future solar system, with technology that's plausible in the near-centuries to come. Everything abides by the laws of physics/thermodynamics (As best that I understand them, at least. I'm no scientist.) No artificial gravity, inertial dampeners, teleportation, FTL, or hand-wavy materials. Just advanced automation, nanotech, cybernetics and AI. All in the backdrop of space.
I do not own the photo used for the cover