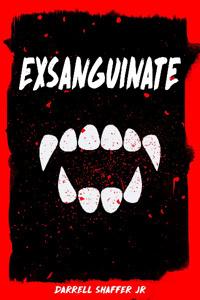 Have you ever of heard of vampires? What about werewolves? Orcs, Elves, Goblins, and so on? What if I told you they all lived among us, we just can't see them. We aren't all so different really. Sure, we all have different kinds of food, art, music, and even magic; but we all bleed when we get hit. This is the story of how a family of hunters is born from a bunch of misfits and oddballs. Well, that's if they don't die first.
Jason is young man raised in a forest town to be nothing more than a mercenary who follows orders without question. Unfortunately, he prefers to act before thinking. His future is up in the air but he's been given one more chance to show he can do the job. When he realizes werewolves aren't the cause of a violent attacks across the countryside he has to decide to follow the rules, or his heart.
Kaiden is a teenage runaway with more magic power than he can handle. He's also dealing with just a little PTSD. Things aren't going well for him. When he's given a chance to learn how to properly use magic, he jumps at it. However, life doesn't turn into the fairy tale he expects.