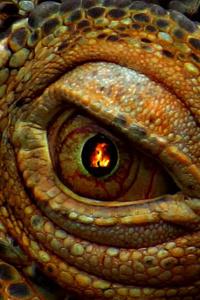 The world of Spirit-Masters houses both physical beings as well as spirits, as the name suggests. These spirits watch over the different species on earth, but especially over humankind. For its magical ability bares close resmblance to their own. When a spirit shows interest in a specific human being, it may choose to present itself and form a contract to house within an object of the human. The spirit can from that point on be summoned to participate in a Spirit-Battle, which has become the main form of entertainment in the entire world. Hence, the most coveted title to obtain is the one of Spirit-Master World Champion.
We follow the story of a young teen named Dani Kai. His goal in life is to become a strong Spirit-Master just like his father was back in the day. The beforementioned father is from Chinese descent, but has lived his entire life in Japan. He is the only person Dani has ever had in his life, but on one faithfull day, he succumbs to his chronical illness. Before he passes, he makes a shocking revelation to Dani on his deathbed. This revelation will drastically change the course of Dani's life, as he still tries to keep his ultimate goal in mind. We follow him on his adventure and see him become stronger, but we also see him mature and change his outlook on life as he meets different people.
Hey, the author here. I wanted to give a heads up that this is just a lighthearted simplistic story which might stylistically be a bit different from the other novels I have read on this site. I wrote this because I personally really like shounen manga and always wanted to make one myself. Unfortunately, I cannot draw, so I decided to write a light-novel in the hope that someone might add drawings to it later or if I learned to draw then I could do it myself. I am just a 20 year old guy who has never written anything and is not a native speaker, so I would really appreciate if you could leave feedback for me to help me improve. Literally nitpicking and roasting my work is completely fine. Thanks for reading! - Dani (Yeah, i used my own name for the OP main character, sue me)