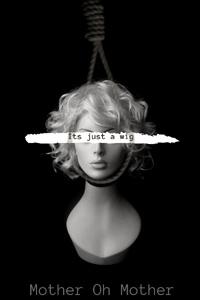 Death has a scent, and for Janie Watts, it's of charcoal and flesh.

Janie Watts has never thought of her mother and her life as interesting. And that, apart from her special ability to smell death and danger on people, her life was anything but special ( apart from grim, since her parent's divorce ).
But when her mother finally introduces her to her new boyfriend, the man she had been dating for just a few weeks and believed to marry, Janie is shell shocked.
She is shocked by his beauty, by his striking blue eyes and rich smile, she is shocked that a man like him chose to be with her mother, a middle-aged obese woman who held only beauty in her eyes.
But mostly, she is shocked by his scent. The scent that hides behind his cologne and skin, that crawls of gusty and disturbing stenches.
It is anything that she had ever smelled before, and anything she wished to have ever smelled again.
But it was not too long before a scent carried down on her.
The scent of impending danger,
All caused by the man her mother had just met, and who she now chose to live with,
The man known as Joseph Ziller, who held more motives than what his rich smile showed, and a deep dark secret.