Misadventures Of Kevin: No Time For Regrets 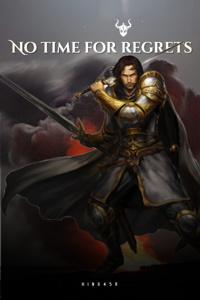 One misstep caused Kevin to fall to his death from a hundred meters tall building.
But it wasn’t the end of his story, only the beginning.
Awoken in the body of a man with a similar name and appearance to his own in a world vastly different from Earth, Kevin was left bamboozled by the new things.
There were magic, monsters, swords, kings, dragons, and even gods.
Getting over the initial shock, he decided to explore the world. He longed to learn magic and fight powerful monsters. The promise of the RPG element that this new world offered was the biggest carrot to his young heart.
He even had a head-start in the form of a system and a contracted spirit.
However, he will soon realize that everything has a price.
The body he took over had a secret of its own.
Sooner or later, that secret will catch up to him, and then…
He will have to make a choice.
Note: It's not a Xianxian story.
This picture is available on postermywall.com