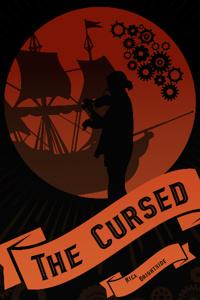 In Secratia, a world where justice and fate are placed in the hands of the deceased, some people are bestowed with a blessing for their good deeds while others are cursed for their sins. Fiddler, a homeless boy, was blessed with the gift of music. When disaster strikes during the annual festivities of his hometown, Fiddler and his friends are accidentally kidnapped by a group of flying pirates. Before they know it, the group of unlikely friends and misunderstood outlaws find themselves in the middle of a secret war for Secratia's destiny. Soon they learn that good and evil haven't been what the Spirits have claimed it to be. Are people really bound to their fate and the Spirits' decisions or is there a way to create your own destiny? Is it too late to save Secratia from a system of corruption and tyranny? And what role do our pirates, old and new, play in this dangerous game of power and fate?