The Defier of Everything 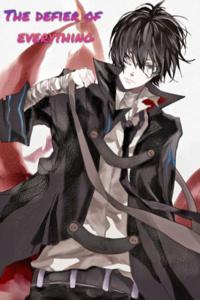 Kate Lance, the MC of this story is just a human without any speciality or any ability in this world of supernatural. His fate was to suffer endless suffering, his destiny was to live a normal human life but it all changed after a major incident which shook his entire life.

He lived a happy life along with his family in the village of Denzu, he had happy and 'normal family'(this is what he used to think about before). He had also a best friend named Keli whom he knew since quite a while. But all this changed when he was betrayed by his best friend and thrown into the endless abyss of the forbidden area of his village. But now after 5 years of time he returned back to his world with his memories in fragments and also it was a span of 5 years for that world only!!!

Now what had happened in his time of 5 years in the abyss?

Was it actually a time period of 5 years??

To know more about this continue to read the novel "Defier of Everything".