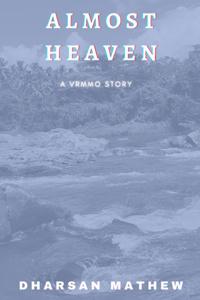 Virtual technology has reached its peak.Artificial Intelligence dominated the world.
Humans have taken the back seat and now lead a luxurious life indulging in all of their fantasies.
What was the best thing about it?Virtual Reality Games.
These days you don't see any games. The concept of games has changed from entertainment to necessity. Who would want to leave outside in the smog and dust when you could put on a suit and jump into your wildest fantasies.
Fighting gods, myths, legends and demons, an immortal body, what more could you ask for?
Join the journey of Peter as he explores the world both virtual and real.
The gaming maniacs have taken over the world.