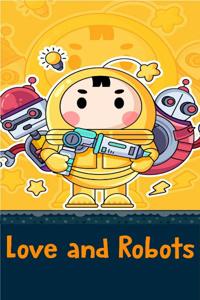 Not wanting to be destroyed, the droids took the long road to escape the humans, eventually escaping to the tomb of the Dead Sea Emperor, known as forbidden land, on a barren planet where they would soon be destroyed, they met a little human boy. It’s a story of a human and a robot developing a bond of mutual help, a bond between them that hopefully touches you.