Remnant of the Foxes 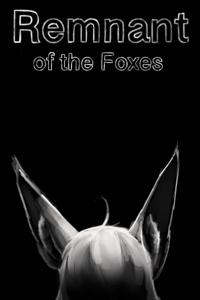 A dying race, condemned beneath the largest mountain range on the planet. That was the fate of the Mystic Foxes. During the Great War 100,000 years ago, all the races under the sun united against that once noble race which ruled through their pure strength and long life spans. This allowed them to crush the other races under their feet, but the other races thought them as tyrants and brought them down.
That time is now long forgotten and the races responsible for this war now ruled this world. While the victims that were known to be the strongest, were now on the brink of extinction.
Under the largest mountain range in the world, there was a single child left. She was the sole survivor of her race. She was a Mystic Fox.

.......
I just thought up of this on the spot so it might not be that deep.
I am by no means a good writer, so don't hesitate to give me constructive criticism.
lol
I also just quickly drew the cover so don't worry about it ik it's not the best :)