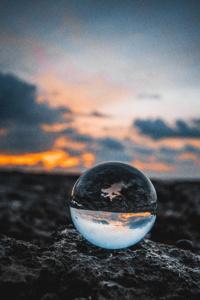 It is said that the universe is a tapestry, woven by hundreds of thousands of tiny threads. Among those threads there are those that affect the fate of the entire tapestry. They are known as the Guiding Threads. Wherever that thread may go, others are destined to follow.
This is the legend of a single Guiding Thread.

On the night before her twentieth birthday, Tianna discovers a secret about herself that had been kept from her since the day she was born. She was the heir to the throne of Althaedor and the Queen was patiently awaiting her arrival.
The problem was those who were not patiently waiting. The select few among the members of the Queen’s Council that were aware of Tianna’s existence jumped at the opportunity to raise a naive princess themselves before she reached her mother’s side.
Thus she sets out on a journey to meet the Queen and find the truth before she is caught by her greedy pursuers.