The Depths of Magic 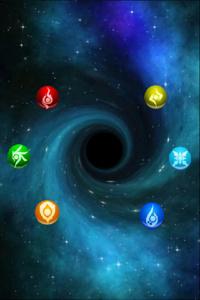 Synopsis
It's the year 2052 and the release of the new next generation full dive VRMMO game called The Depths of Magic is hitting the world by storm. The games technology will surpass all other games before it and shock the masses. Hector who goes by the name Locke inside the game is an an experienced player of the genre. He is looking to continue his goal of enjoying gaming as well as the competition that goes along with competing for the top ranking spots.
Novel Summary
The Depths of Magic is a LitRPG novel focused in a VRMMO setting. It will be a fantasy setting with monsters and magic. This is not a harem novel.
In Game systems
The Depths of Magic features state of the art technology never before seen in Hector's world. The key system the novel will bring up often is the Second Brain. The Second Brain system is more like a guidance AI for the players in the game that acts as if you had a second brain assisting your every action. How much guidance this AI will give is based on its experience; or mastery skills a player will receive in the game. The guidance is seamless to a point where a player won't even realize they are being assisted, it's will feel like what they are doing is something they could always do. However once they leave the game it will become quite apparent.
The purpose of this system in a writing sense is to explain why a player can realistically become more powerful, more agile, or more skilled then they would otherwise be able to as a human. To give an example if someone could move faster than a bullet, how would a a normal human brain be able to perceive and control this movement properly. Or how could a player who has never held a sword before become as experienced as someone who has trained with the sword all their lives.
The magic system will be another focus of this novel. I don't want to spoil anything here but it should be an interesting one.
Side notes
My general focus for this novel is to attempt to make the in game systems make sense. To give an vague example I have read a lot of novels of this genre and some have the habit of just creating such powerful items that it just doesn't make sense why they even exist. To me this generally devalues the system and the story in a weird way as I just don't really pay much attention to those details anymore when reading, it's just added fluff.
Release schedule:
The chapter release schedule will be every Wednesday and Sunday.