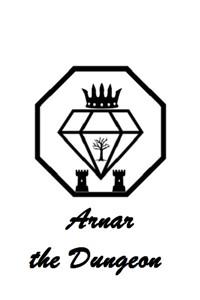 Arnar is a dungeon core. Everybody knows dungeons are evil, man-eating entities hell-bent on killing and absorbing whatever wanders inside their depths. The problem is no one ever told him that. Well, the truth is no one ever told him anything and he refused powers-that-be when they tried to make him into the proper dungeon. That should teach them not resurrect people into dungeon cores.
Now it is too late. He has a perfect plan to become the best dungeon on the continent and nothing will stand in his way. Especially something called common sense.

Disclaimer of sorts:
I am non-native English writer that used to write mostly for himself. After my last computer decided to die on me taking all my works with it I lost the desire to write for quite a long time. This is my attempt to go find motivation to write again as this was my favourite hobby. The idea is to be held accountable.
As for being non-native, I don't believe that should be a major issue as I feel my proficiency in English to be sufficient enough to not be too much of the distraction. That said, be forewarned that the rules governing punctuation are beyond my grasp. All I can do is try not to completely suck at that.
As mentioned this is an attempt to motivate me to write again so any message, encouragement or constructive criticism will go long way.
The cover was created with the help of http://fantasynamegenerators.com/emblem-creator.php
I hope you will enjoy my story.