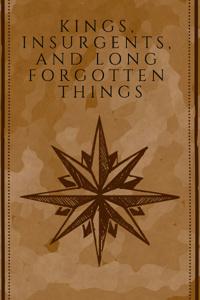 Over 1000 years ago, a grand empire was formed, and sought to conquer the entire continent. Once it had established its might, it stood uncontested through out the centuries. However, once a military officer discovers something that shouldn't be discovered, the wheels of fate start turning, and a once peaceful empire gets thrown into chaos. A tale of kings, insurgents, and long forgotten things begins.