Re:The Worst System Leveling Turned Me Into A Zombie 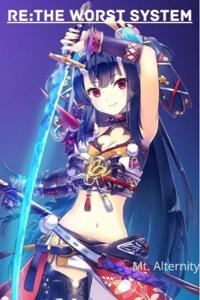 It's like Re:zero crossed with SAO, Solo Leveling, and Tokyo Ghoul
The world's strongest Hunter, Death God Hei, was the first to hit Lvl. 100. However, when he broke the System limit, he mysteriously turned into a zombie. Hei was forced to watch himself attack and consume the party he had fought alongside since the beginning of the apocalypse.
After being killed, Hei woke up as a Lvl. 0 again. It seems dying only brings him back to a save point now. Sick, right? There’s just one problem. The clock doesn’t reset until he dies twice. Once as a human, and once as a zombie. And when Hei dies, he’s still there. Still watching as someone…something else takes over his cold body and hunts down those he hoped to protect. Every time he levels up...he only makes his zombie stronger.
Thus begins the first save of the world's greatest fallen angel and worst undead evil.
Vol.1 First Save: Re:Live Breath DieHei does his best to protect the beautiful girl who saves him from the abyss, without leveling. Until a Secret Dungeon opens, trapping him and his girlfriend inside along with 1,500,000 Hunters. What's the problem? It's a one of a kind Secret Dungeon filled with rare skills and items right? Well, according to the memories of his past life...everyone in this Secret Dungeon died.
“This time I won't obey the System. I'll take a different path!”
Gore/Sexual Content/Traumatic Content: There is no rape(though such things may occur in universe, it will not happen to the main cast). By the nature of this story, the MC will need to hunt a lot of monsters, kill a lot of people, and die a lot. I do my best to avoid excessively graphic descriptions, but the things which make this story interesting can also be upsetting to some readers. Try the 1st chapter. It'll give you a pretty good idea of what to expect.
If you want to support the story, read ahead, or bribe me to write more, I'd appreciate you checking out my Patreon, but this story will be updated frequently (Thurs/Sund) for free anyways.
Discord here: https://discord.gg/BUhQ23qw
Expected length-Really Long
Cover licensed under Creative Commons 2.0 from https://www.flickr.com/photos/[email protected]/35083407110/in/album-72157682306838123/