The Demon Of Song. 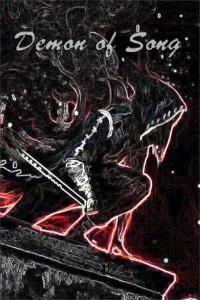 From killing Emperor's to acting as a bulter to gain information, Nova has done it all in his long time as a assassin for hire. The main thing he is known for is his ability to create sound out of nothing. He just doesn't just create any sound but music which he uses to lull his victims before "takes care of" them, earning him the title Demon of Song.
Now with the Legion of Beasts making moves onto the Enlightened, Nova's past comes back to haunt him as he must now pay for his past atrocities.
*Author's Note**
This is how my main story "I Am the "God of Death", Whatever That Means." should've been written like. I am reusing the idea of the MC using music from the fact I love this idea and feel it's still fairly original.
The picture was founded and edited by my friend and fellow WriTE member AstralTempest.