Shadow In Your Mind 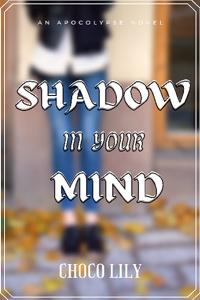 Suzie Yap regretted being a useless mother that neglected her daughter. Her inattention was at fault for not knowing where her daughter was when the apocalypse spread near their home, and when she finally knew, it was way too late. Charles Wong regretted not returning home often in the name of work and was separated far away from his family during the apocalypse outbreak. His wife hated him after they reunited, blamed them for their daughter’s death. With zombies crawling around the surface of the earth, attacking humans, and spreading the virus, humankind was at the risk of extinction. Suzie and Charles were given a chance to return back to ten years ago by a person with the power to manipulate time, sending their soul back to an hour before the outbreak started near their home. They got the opportunity to save their daughter! But the main character of this novel is Wong Xue Guo, the daughter of the time travelers that was supposed to be dead but finally got the chance to survive past a paragraph. Read this novel from Wong Xue Guo’s perspective, who was puzzled by her parent’s sudden display of affection towards her, and fighting for their survival.
(Cover made from Canva)(Schedule update: Every Friday)(Also available at Wattpad and Scribblehub)