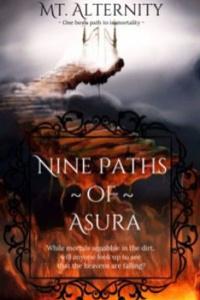 One day, when a young boy, Lineir, is scavenging alone in the abandoned Old City he angers a horde of undead. Chased all the way back to the New City, he escapes the fearful undead but gets several of the local city officials killed in the process! The next day his back is infected with a strange undead curse mark and the city officials are after his head! Follow Lineir's story as he uses his wits and the help of a mysterious master to cheat death and one day, Fate itself! This is an old story from the beginning of my writing journey. If you want something that is currently being updated I recommend:
https://www.royalroad.com/fiction/38965/rethe-worst-system-leveling-turned-me-into-a-zombie
You can also find the Discord here:
https://discord.gg/KUQ5HrnkHGNote-Have no fear the chapter lengths are supposed to be erratic until Chapter 10 ish where you can expect standard chapter lengths. Original Description of the overall story universe- This story is about a middle world where fate itself has been broken. That means that those who would have lived ordinary lives, can now lead extraordinary lives, lives which could alter the overall scheme which the gods have put in place. But as these once ordinary individuals are freed from fate, the greater world is shaken as fate fails to control the order of things. While mortals squabble on the ground, will anyone look to the sky and see that it is falling?