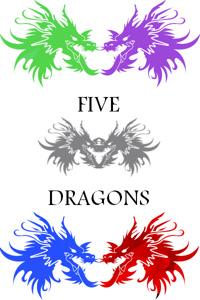 In the Xu Continent of cultivators and ambitious royals, might makes right. Equality is a foreign concept, and only those who strive to reach the peak have the right to freedom. Fighting through hardships, inner turmoil, and conflicts of interest, five children fight for their own goals and ideals.Linghu Kai is an aspiring martial artist and cultivator, though born of a lesser-known nobility, he still yearns to reach the peak of power and to avenge his family honor. Yuan Shao is a boy from a commoner background, though his estranged uncle is a prestigious Sect Elder. These two cross paths on their way to joining the esteemed Heavenly Sword Sect.Juan Yuan is the unwitting heir of a now-gone Royal family. Taken in as an infant by cabbage farmers, he dreams of adventures to be had while working in the fields. Liu Ziyi is a simple servant girl, naive and optimistic. When a cultivator of the Soaring Star Sect takes an interest in her, she is thrown into a foreign world that she must quickly learn to adapt to.Luo Yi was once the prodigious prospect of the Heavenly Sword Sect, now shunned and discarded as a defective product after the revelation that his cultivation is stunted. Now back to his roots as a simple merchant, he still harbors regrets over what could have been.-==================================-Hey hey, people, this story is based on a homebrew campaign I participated in. It'll be different stories told mainly through five main POVs, centred around the titular "Five Dragons."This is also my first time writing a full-length story, so pardon any mistakes you come upon.-==================================-