Knight of Corruption: The Seventh Swordsman 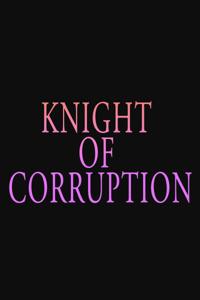 Ren Kageyama doesn’t know how he ended up here. There were no heroics, no meaningful battles, just a young man living his everyday life. Until it suddenly ended. He and a group of six other strangers are summoned to another world and tasked with fulfilling an ancient prophecy. Under the threat of execution, they must take up the Seven Swords - incredible relics that contain immense power and a godly spirit.
Ren draws the short straw, and as the last to place his hands onto the hilt of his blade he is granted the most dangerous of them all. The sword of one-thousand names. The Corrupting Shadow, Stigma. The price to pay for it's power is your life. That is unless you somehow manage to convince the host spirit otherwise....

KNIGHT OF CORRUPTION is a LitRPG novel with a focus on slow character growth and personal interaction, set in a dark fantasy world that is full of intrigue and menace.
Join the REDSHIFT Discord! discord.gg/ePdPWrn8BP