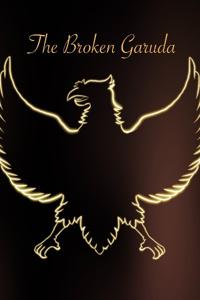 The Golden Garuda was tired. All he wants to was to return home and see his family, but the war had kept him away. He thought if he united Akar under one banner, it would be enough. Then the Rakshan came. Rakshan world gates opened around and the Rakshans started slaughtering the people of Akar. He was forced to go to war again. Three years into the war the Voiden came. The voiden conquers all, every dead person from both Akar and Raksha rose and taken into the Voiden ranks.
Akar and Raksha had no other choice but to come to an uneasy alliance. Even so, they were still being pushed back. But finally, they found a way to defeat the Voiden once and for all.
Lathi, the secret weapon of the Rakshan, was finally tasked on her first mission. Trained for a hundred fifty years, she was the best among the best. She was the Rakshan's last hope, and she will not let them down. The Rakshan Lord had chosen her for a top-secret mission. Together with the Golden Garuda, they must sneak through Voiden Gate and kill the Voiden mind.
This is a tale of hate, sacrifice, love, betrayal, and despair.
This novella is a romance story taking place in a fantasy setting. Dual POV. Contains violence. And PTSD