Ashes of the Primordial 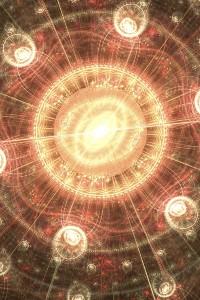 With the upcoming shutdown of the servers for Ragnarok Games’ deep dive VRMMO, ‘Ashes of the Primordial’, the player log of those online for the final night was depressingly empty-looking.
A revolutionary level of realism drove Ashes to the forefront of the games market, billions of players enjoying their journey to power and glory as an avatar of their own creation.
The final enemy of the game-world defeated, the company announced, in line with their stance from launch, that they would be shutting down the game exactly six months after the defeat of Sutr, the final boss.
Ammanas, the player responsible for Sutr's defeat, stays online until the end. However, as the countdown hits 0, the start-hub of his dive rig (what would typically greet a forced ejection from a game) was no where to be seen and instead darkness greets him as he fades into unconsciousness. Awakening to unfamiliar sights in an unfamiliar body, one which turns out to be a lot more familiar than he first thought, now he must figure out where, how, why and what to do with the new world he finds himself in.
Author note: I don't own the cover, just something found through a google search. This is also my first story and the MC will basically be unimaginably OP yet never really utilising his full power. He just wants to find somewhere to fit in to the new world he finds himself in and despite both his nature as a loner and his interests he will find himself forming connections with the denizens of this new realm. Hope you enjoy