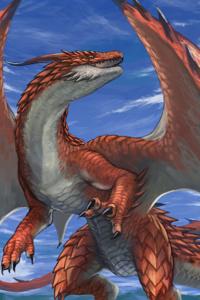 An ancient dragon that sought eternal rest in death, but all his desires were shattered as he regained consciousness within what he assumed was an egg. Now back to the life he is trying to make sense of it, as in his previous life he lost everything. He will take revenge on those creatures that destroyed his life, he would never fall back into his same mistakes.