Return of the Tower Conqueror 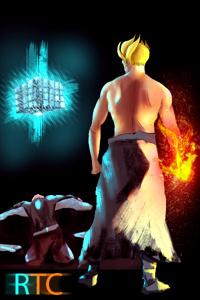 August 8th, 2026 -- the day seven mysterious Towers appeared around the Earth, changing the life on it forever. Cain had already lived through it once, experienced the irreversible changes that the world underwent seemingly overnight. Now, for him it is twenty-five years later, while for others it is still three months before the Towers are to appear. Having stolen the Timecube and used it to reverse back the timeline, Cain is now back before it all began -- with the sole difference of already knowing what will happen.
Nobody had managed to discover the mystery behind the Towers even twenty-five years after their appearance, but with the fresh start and advantage, Cain plans to unearth the story behind them, and whoever, or whatever, put them on Earth.