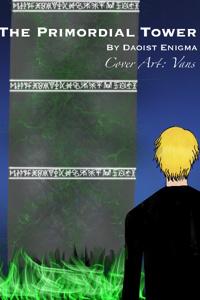 [Note: The Eternal Lion is NOT the protagonist of the story.]
The Eternal Lion, Conqueror of the 98th floor, Paragon of Destruction watched in horror as his companions were slain, one by one, by "that" existence. Humanity had made a fundamental mistake from the beginning, for this was no fair trial.
His rage knew no bounds, but alas it was to no avail. The only reason he still drew breath was because of 'that' existences' twisted desire to make him watch as it slowly killed the last of his loyal companions.
He only saw one final glimmer of hope to overturn this accursed outcome, which lay in the reward for completing the hidden piece on the 98th floor.
[The Inheritance]
Allow your knowledge and experience to flow back in the river of time, back to the beginning of the Primordial Tower's awakening on Earth. Entrust the fate of humanity to one of your kind.
Cost of Activation: Erasure of existence from the river of time.
To think that all his efforts would only lead to becoming a stepping stone for another. With a final roar in defiance, he activated the skill.
"Let the roar of the eternal lion tear through the boundaries of time"
Cover credits: I have the best cover, it was drawn by my 12 year old sister on procreate by hand.