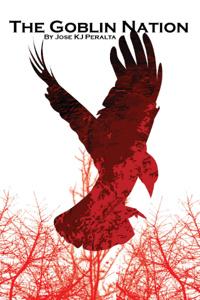 They should have fought back. They felt his disdain, but no one wanted to believed - believe that they were never loved. That they can just appease him again. Sacrifice their lives again. Conquered their enemies again. Built wonders for his majesty again. And when they finally accepted the truth, it brought them to their knees as his machines burned down their wonders and reduced them back into animals.

But there was still hope. The Stellars told of our survival. Our downfall was just the beginning. Our regression into animals was merely a delay. At the time, our people were split into different tribes. Before the doors to the infinite sea are open. There will be a child born to stand against his machines, born to challenge his majesty. And with a sword in one hand and a scepter on the other, that child - that hero, will lead his kingdom. The kingdom of goblins.

Sun, the goblin child born to save all of goblin kind. A former human from an unknown world died and reborn with little memory of his past. Join him as he takes on the world, make new friends, uncover the secret of his past, and lead the goblin kind out from the darkness.

Currently on the standard schedule.