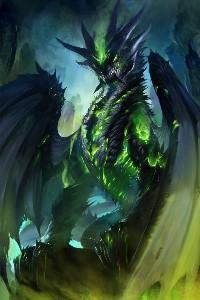 Immortals, gods, devils. All of them have escaped the grasp of time and transcended the limits of mortality. Existences that can see a bug on a leaf thousands of miles away, beings who can create and destroy on a whim, entities of such awe-striking power that you can only tremble and await your demise.
Reality is at their will.
However, there is one thing that makes them cower in fear, a creation of utter darkness and endless malice:
The Immortals' Poison.
Said to be the reincarnated soul of The First Dragon mixed with the remains of a dead Arch Pheonix, two items which shouldn't even be possible to gather. It is a sentient poison capable of killing anything it infects, giving the afflicted being, whether mortal or immortal, exactly 50 days to live.
One day, the High God of Light, king of the gods, was afflicted with the poison. It caused the entire god realm to be panic-stricken. Searching for any cure to this legendary poison, they found one against all odds. For locked away deep in the forbidden archives, there was a sinister method of removing the infernal poison. The way they found was quite terrible. It was to find someone with a magnificent destiny and transplant the poison to this someone with a magnificent destiny, thereby going against fate, which is something the poison loves.
However, he chose the wrong person to use, and now... The reckoning is coming.

cover art isn't mine, all rights go to the artist etc.