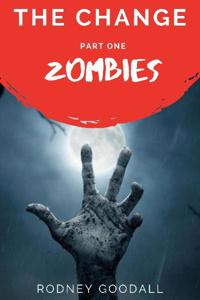 The Change began with zombies, but that is only the beginning.
Kevin was one of the first to catch RedEye. As he recovers, he witnesses the world swapping over to one filled with zombies, death, and uncertainty. He is just a normal guy, with no real survival skills, and no resources beyond his trusty bike. If only he knew zombies were only the first stage of The Change.
Expect one 1000 to 1500 word chapter three times per week for the foreseeable future.