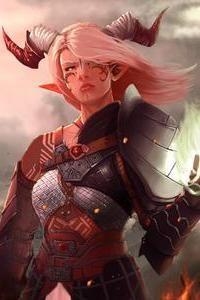 After beating Kingdom domination Scitus, our Protagonist is told by a strange man that he has been chosen to be a god for universe six. Scitus believing that the man is with the creators of Kingdom domination, his favorite game, decides to play a long. Little did he know that the man spoke the truth and Scitus would become a god, The God of Monsters
My sceudule will be 1 chapter every 2 weeks.
Goes without saying but the art isn't mine. Quizzical kisses on deviant