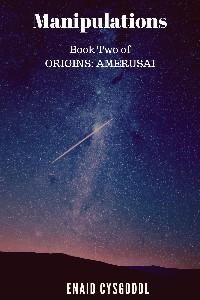 Four hundred years have passed since the Amerusai created the four facilities to help them intheir mission of freeing the Lost from the material universe. Four hundred years in which nothing untoward, like the collapse of Rikashe and two thousand Amerusai, has happened.
That all changes during a visit to the Facility for Aquatic and Amphibious Research by Amerusén. Rikashe becomes stuck in a mortal shell when he and Amerusén are attacked with a Temporal Lapse, Amerusén learns some of Rikashe's secrets, and an old aquaintance of Rikashe's turns up on the world of Annán.