Tales of the Witchers 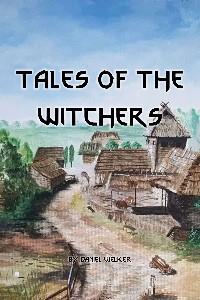 A short story anthology based on the Witcher Saga by Andrzej Sapkowski using the world that the CDProjektRed developers envisioned. Tales of the Witchers is a fan-fictional work using Sapkowski's world but with original characters and using locations often unseen in the books or games. All creative liberties taken are my own, and I acknowledge any discrepancies with the original works, though I have tried to be as faithful as possible with the information provided.
Tales of the Witchers follows three different witchers - a female witcher from the School of the Griffin, a duo of witchers from the School of the Cat, and an ancient witcher from the School of the Bear.
Tales of the Griffin follow a young female witcher, the only known one in the world. She is not properly trained before setting off into the large world, and often hides her inexperience behind what she thinks of as the witcher's code. Tales of the Griffin discovers not only what it means to be a witcher, but rediscovers what it means to be human.
Tales of the Cat follow two witchers: one honorable and just, and the other unscrupulous, willing to take on assassinations or petty theft in order to earn capital. They are offered "dirty" jobs, and debate over the ideals of witchering. Is there honor in being a witcher? Is the job of the witcher to fight Evil and Chaos? Tales of the Cat explores these concepts amidst bank heists with dopplers, dinner parties with vampires, and more.
Tales of the Bear follows an ancient witcher who has survived half a dozen Skelligan monarchs. It has been said that no witcher has ever died in his own bed: will he be the first? He reflects over his long life, the jobs that he has taken from monarchs, jarls, and humble fishermen of different eras, and imparts his wisdom to the next generation of witchers. Tales of the Bear examines how traditions change over the course of many lifetimes, and ultimately shows the satisfaction that a witcher can have from a life well lived.
(Cover art is not mine. Credit goes to /u/Valentin_PV on Reddit, who I did not contact in using this image as this fanfiction is not for profit. As far as I can tell that doesn't violate any rules, but please just let me know if I need to take some other step.)