The Light the Dark and what's in Between 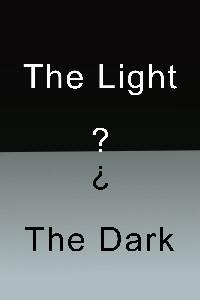 In a world called Hatrove, humanity discovers magic and begins to practice it, but only a few are able to use True Magic.
Grey is a teenage gamer who was born in the Demon realm but rejected, as he is born with the brightest light brimming from his body which forces his parents to move him to the Forbidden land known as the Human realm.
True magic is given to those whos destiny will impact the future greatly. It changes the chosen ones in a way that reflects what they have an obsession towards.
Grey obtains said magic and his eyes change resembling a controller due to his obsession with gaming!
His life gets turned upside down when he starts a video chat with his only friend Jasper who is a well known scientist. While explaining his thoughts on Greys eyes, a dark figure jumps on him and attacks him with a scythe, then the video cuts off.
Grey discovers his powers and capabilites when he finally goes outside for the first time and discovers that Jasper wasn't only a scientist, he was part of a group called the "Light" and he joins them in hopes of finding his friend, but once the battle between the Light and the Darkness begins, he realizes that maybe the world isn't as it appears to be.