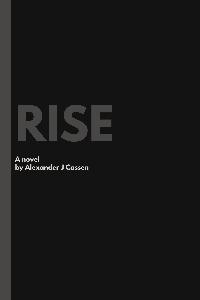 “Rise” follows the story of Jethro Kaine, A young man of seventeen who much to his own dismay has recently developed powers beyond human reckoning. It is the year 2017, and as of 45 years ago superpowers started to randomly appear.
Jethro had always seen these people and admired them from afar but now that he has been thrust into their world and forced to fend for himself. Will he survive, will he die? Or will he rise to the top.